Widex, a Danish manufacturer, is a renowned manufacturer of hearing aids who were established in 1956. Since its inception, Widex has been committed to three core values that continue to inform its decisions and inspire their work, Originality, Perseverance and reliability. At Widex, they have combined years of understanding with a natural curiosity in finding solutions to individual hearing loss. Their uncompromising approach to innovation has led to such advances as the world’s first fully digital in-the-ear hearing aid, as well as their own revolutionary wireless technology.

They believe hearing aids are more than the technology inside them. Not only should they help people hear better, they should be comfortable and easy to wear. They concentrate just as much on design of hearing aids as on technology to create a near-natural hearing experience. They are growing constantly as a force in the hearing aid industry. Let's take a look at what they have to offer.

Widex introduced the Moment platform worldwide in early 2020 but re-launched it later that year. The Moment is a real first, it is the first time that the signal processing on a hearing aid will have zero delays. It will provide the most natural sound experience ever for any hearing aid user. It should also make hearing aids easier to wear for both new and existing hearing aid users. The Moment platform will come in six hearing aid types across the usual four levels of technology from Widex, the premium 440, upper mid 330, lower mid 220 and the entry-level 110.  Initially, there were no Behind The Ear (BTE) hearing aids available, however, that will change. 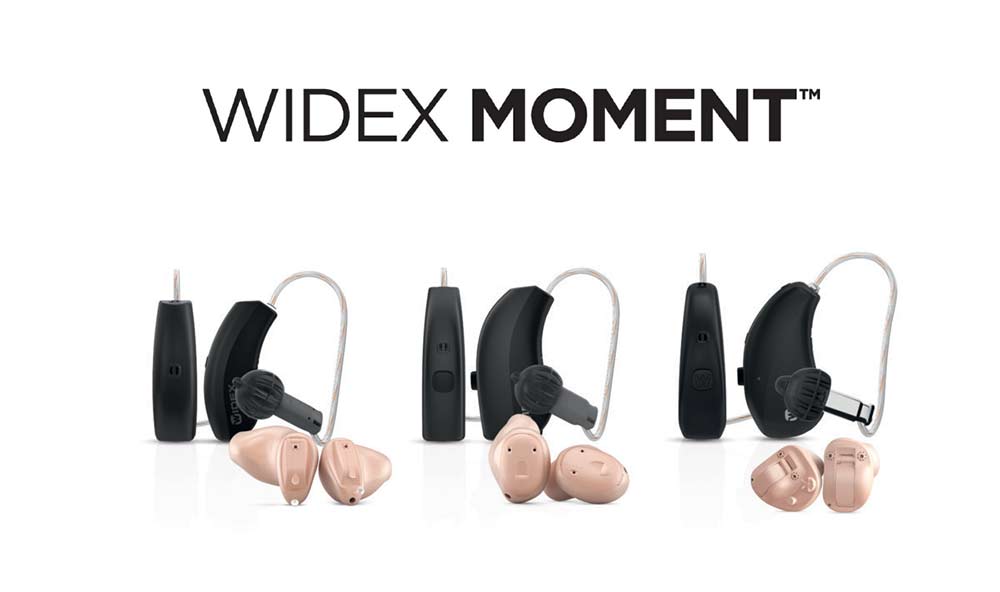 As I said, the Moment is the first hearing aid that offers no delay in signal processing. That is a game-changer and without doubt, it is a paradigm shift in hearing aid sound. It means natural delivery of processed sound at the eardrum which should translate to an almost transparent sound experience. Widex say that the Moment is the most natural-sounding hearing aid ever produced, and technically it should be.

Every hearing aid suffers a delay in signal processing, in essence, it takes time to process sound and present it at the eardrum. While sound that enters the ear canal normally doesn't, leading to an out of sync signal. It is this artefact that makes hearing aids sound like hearing aids. 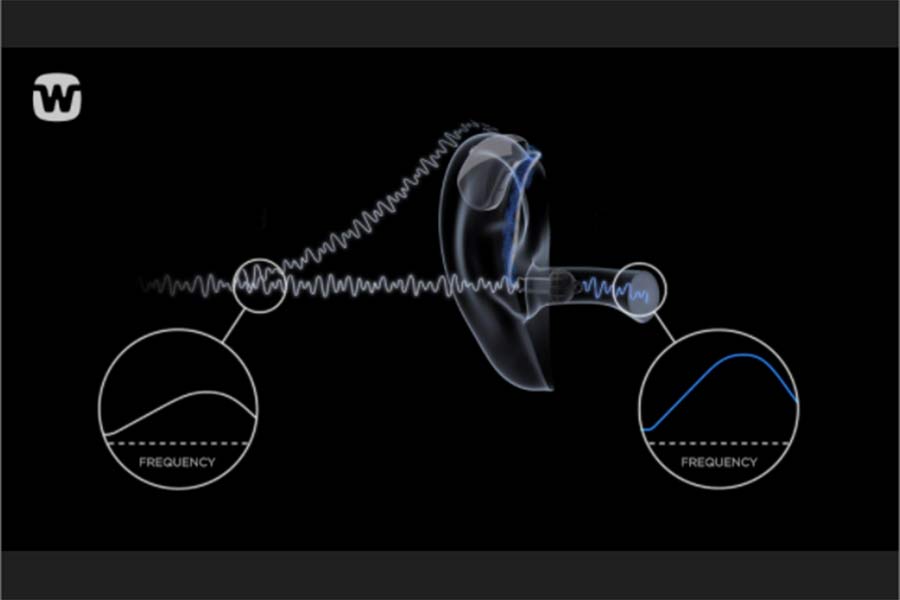 The brain perceives the delay and the sound is perceived as abnormal. Over time, the brain normalises the sound to a large extent, but it is never what you would call natural. Below is a graph presented by Widex detailing sound delays, the sound delay of some competitors, their own Evoke range and the new Moment range. 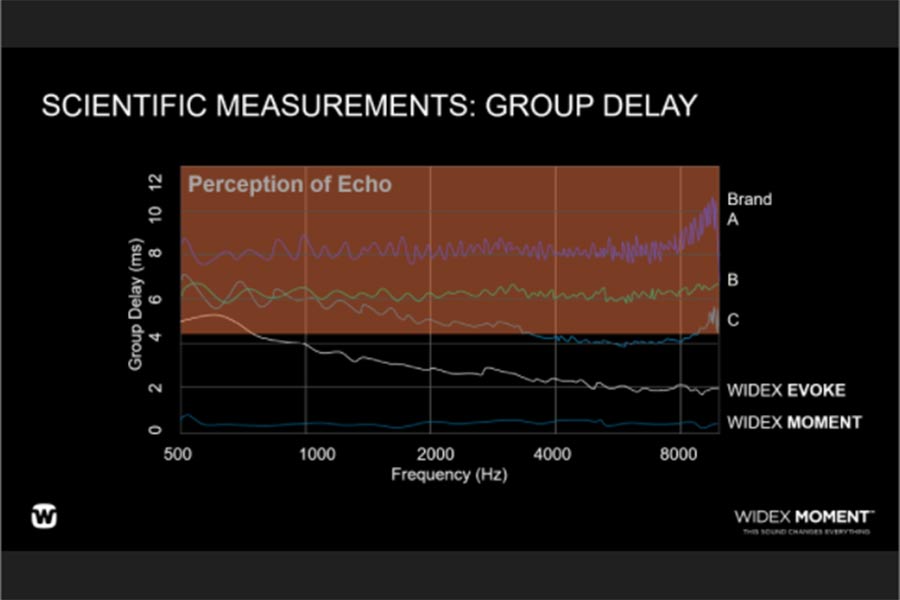 The RIC-10 (runs on a size 10 battery) is a very discreet device and the Passion it is based on was amazingly popular. The device is very small, so it doesn't have a telecoil onboard nor is it Bluetooth enabled. Although they are wireless and can access loop systems and streaming audio from other sources via a Dex.

The RIC-312D (runs on a size 312 battery) is the same size and shape as the Fusion and Fusion 2 which it replaces. It is a hugely versatile RIC that will cover hearing losses down to severe to profound. It has a telecoil onboard and the new upgraded Bluetooth radio that is Made For iPhone compatible and ready for Made For Android. 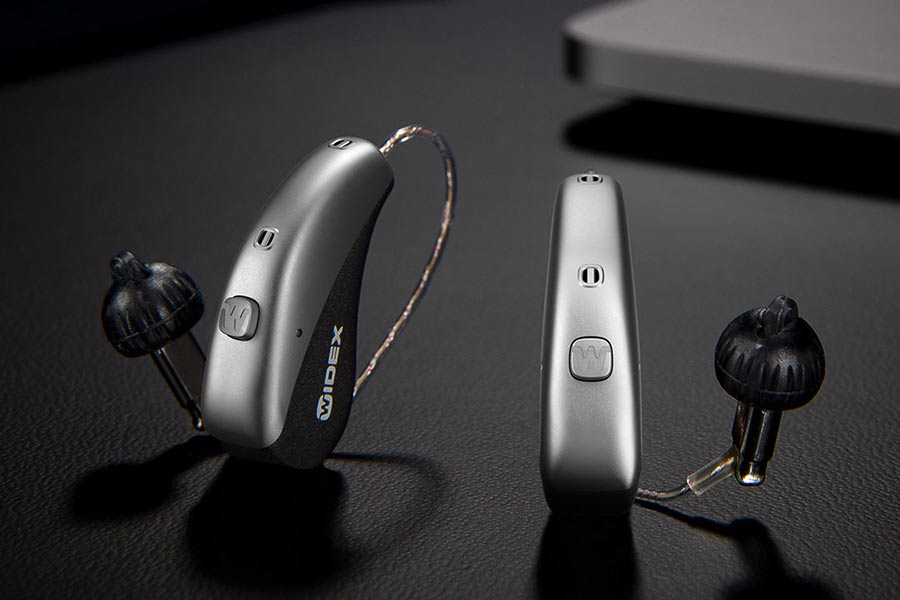 The new mRIC R D is a very discreet lithium-ion powered rechargeable RIC. It is a very versatile RIC that will cover hearing losses down to severe to profound in nature. It offers a telecoil and the new Bluetooth radio which offers a direct connection to iPhones and other Apple products and ready for Made For Android. Widex say that it is the smallest rechargeable RIC available on the market. The device looks about the same length of the RIC 10 but wider at the bottom.

The absence of a programme button means that you will not be able to access any extra programmes unless you have a Remote Dex or use the Tonelink app on your smartphone.

Widex have used the Evoke app as the foundation for their new Moment app. They have also updated the Touch app to work with the non-Bluetooth hearing aids on the Moment platform. 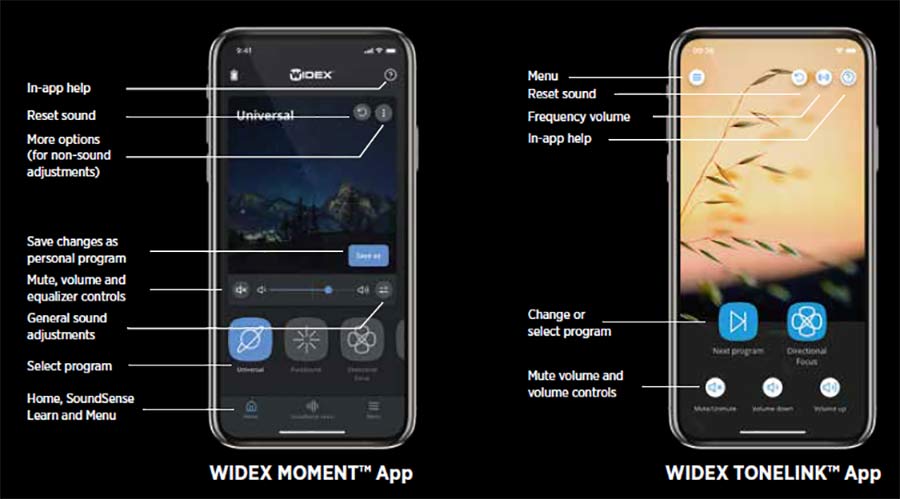 The app has been re-built to be even more intuitive and easy to use. They have tried to keep as much as possible on one screen so that you have a lot of power when you open it.  The same can be said for the Tonelink app. The SoundSense Learn, which is the machine learning system has been continually updated in the background since the introduction of the Evoke hearing aids. Widex say "To date, SoundSense Learn has created almost one million personal sound solutions for users around the world – each one making our AI-engine more efficient than ever and leading to better fitting in the clinic."

The Moment will be available in the usual four levels of technology, the 440 at the top and the 110 at the entry-level. Even the 110, is a splendid entry-level device that will produce pretty good results although it will not have access to the SoundSense machine learning feature.

The Evoke is the newest top of the range hearing aids from Widex. The Evoke platform or E-Platform is the first ever range of hearing aids with machine learning capabilities. Although, the machine learning feature is only available on The Evoke Fusion 2that which is a direct connection or Made For iPhone hearing aid. In essence, it is one of the latest Bluetooth enabled hearing aids just like the Widex Beyond before it. Widex says that the Evoke begins the era of intelligent hearing, where the quality of your listening experience will evolve in real time and real life. With machine learning enabled, the Evoke range will continue to learn from you (and millions of others) as you use them so that you will hear sound perfectly.

The Evoke hearing aids evolve in real life to keep getting smarter.

Widex new SoundSense Technology means that every time you use EVOKE hearing aids, they evolve in their function. That's why they call them the world's first smart hearing aid. That’s because when you (and others across the world) personalise your listening experience, EVOKE learns from different situations and your inputs. Widex uses anonymous data from your changes to create a better listening experience for everyone. That means that the hearing aids you buy will be better tomorrow than they were today.

The Evoke range is the very first range of hearing aids to take advantage of machine learning. As more and more people use the system, powerful machine learning systems will crunch the data to understand what changes are best for differing sound situations. As the system works, the findings will be used for new settings on the Evoke range that are automatically pushed out as new firmware updates. In this way, your input with the Evoke app will mean that your hearing aids will perform better as time goes on.

Widex introduced sound classes with the Unique hearing aid platform, with the Evoke they have added new Social and Music sound classes in response to what they have learned about the changing needs of hearing aid users. The new Social sound class bridges the gap between their Party and Quiet classes. It is designed to give the best sound in smaller social gatherings.

They have been very clever with the new music sound class, it changes to accommodate different styles of music: Contemporary and Classical. The Evoke also includes two new programs, an Impact program for listening in challenging situations, and they have re-introduced their dedicated Comfort program which they removed on the Unique.

The Fusion is the larger, more powerful behind the ear model which also features a push button for program changing. The Fusion 2 is the Made For iPhone hearing aid model which will give you access to the machine learning feature. The Fashion comes in three types, the Fashion mini which is a discrete mini-BTE, the Fashion, which covers hearing loss down to severe and the Fashion Power which covers hearing losses down to severe to profound.

Of the three in the ear models, one is the standard sized in-the-ear, one is the CIC or completely-in-the-canal. The smallest is the CIC-M which is Widex's equivalent of an IIC or invisible-in-the-canal. Being so small, some features had to be cut from this model, mainly anything requiring wireless communication which this aid cannot fit in. 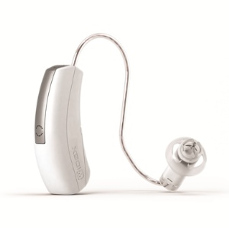 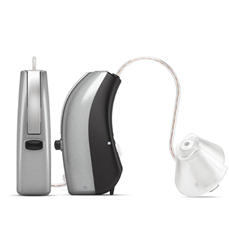 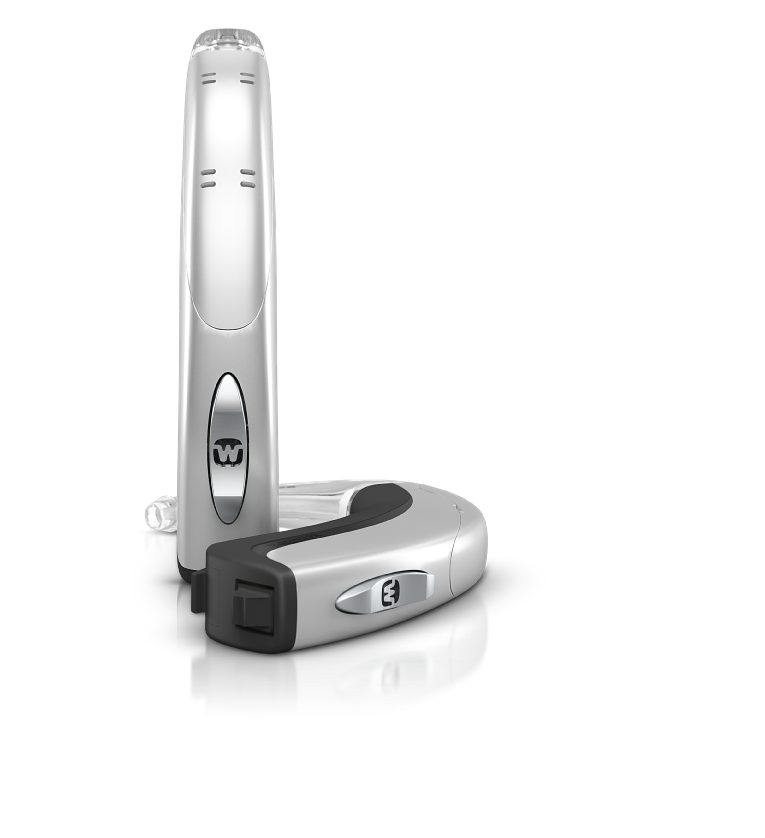 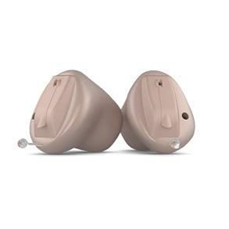 Looking For A Hearing Test in Dublin?

Alternatively use the button to the right and fill in our form and we will  back to you.