Single sided deafness (SSD), or significant hearing loss in one ear is a relatively little known condition. However it actually affects 60,000 people each year in the United States alone. According to a study by doctors in the UK, awareness about and understanding of SSD is limited even in the greater medical community:

“Awareness of SSD and its symptoms are inevitably low … This results in limited or delayed referral and diagnosis, and often the failure to provide support for patients.”

We come across single sided deafness in our Practice often enough, traditional hearing aids are not necessarily the right option for treatment. This is why we have included the Widex CROS system in the line up of our hearing aids in Dublin.

What is Single Sided Deafness?

Single Sided Deafness involves significant damage to hearing in one ear only. This can be a severe or complete loss of hearing in that ear. The hearing loss can be caused by disease or accident.

People with SSD can have particular difficulty understanding speech in background noise. This is caused by difficulties locating the origin of sound. Because of this the brain has real problems separating background noise from speech.

Social Problems Caused By The Condition

Single Sided Deafness can lead to problems both at work and at home. It can have both social and financial impact. In a particular UK study, 24 percent of people with the condition had to give up work. The figure shows the impact that this condition has on the lifestyle and livelihood of people who suffer from it. Not surprisingly some people reported feelings of social isolation and exclusion.

No Cure But Options

While there is no cure for Single sided deafness, there are options available to help those who suffer from it. CROS hearing aids systems such as the WIDEX CROS hearing aids wirelessly transmit sound from the deaf ear to the better ear via a transmitter, which is placed behind the deaf ear. The transmitter picks up sound and wirelessly transmits it to a receiver hearing aid on the normal-hearing ear. This solution is discreet and requires a non-invasive fitting procedure. 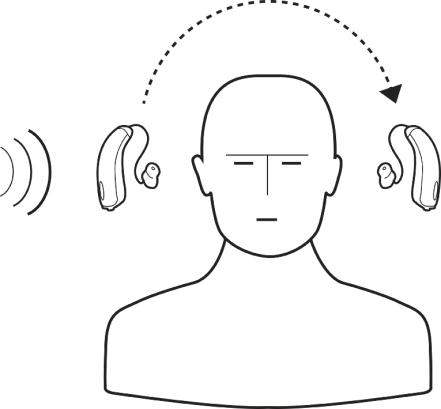 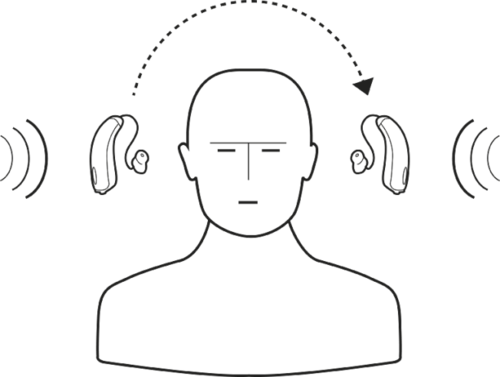 The BAHA system is a semi-implantable bone-anchored hearing device. This is installed via a surgical procedure so it is not an option taken lightly. There is reports of high success rates with BAHA systems, however they are exceptionally visible. A wireless CROS or BiCROS system is far more discrete and much less obvious.

How do CROS and BiCROS systems help people with Single Sided Deafness?

CROS and BiCROS systems help people with SSD to better locate and distinguish sounds. This leads to benefit in a host of situations in particular in background noise. In a recent Widex study, researchers found that the specific situations in which the test subjects rated the improvement with CROS to be the most significant in these three very common situations:

when following a conversation in the presence of background noise

when having a conversation while driving a car

when participating in a group conversation

We are currently fitting the Widex CROSS system to some of our Patients, as we discover together with those Patients the benefits and outcomes we will let you know how it is going. If you have any queries about single sided deafness or the Widex CROSS hearing aids, give us a call on 01 832 4007.

“Hear the Other Side: A Report on Single Sided Deafness”