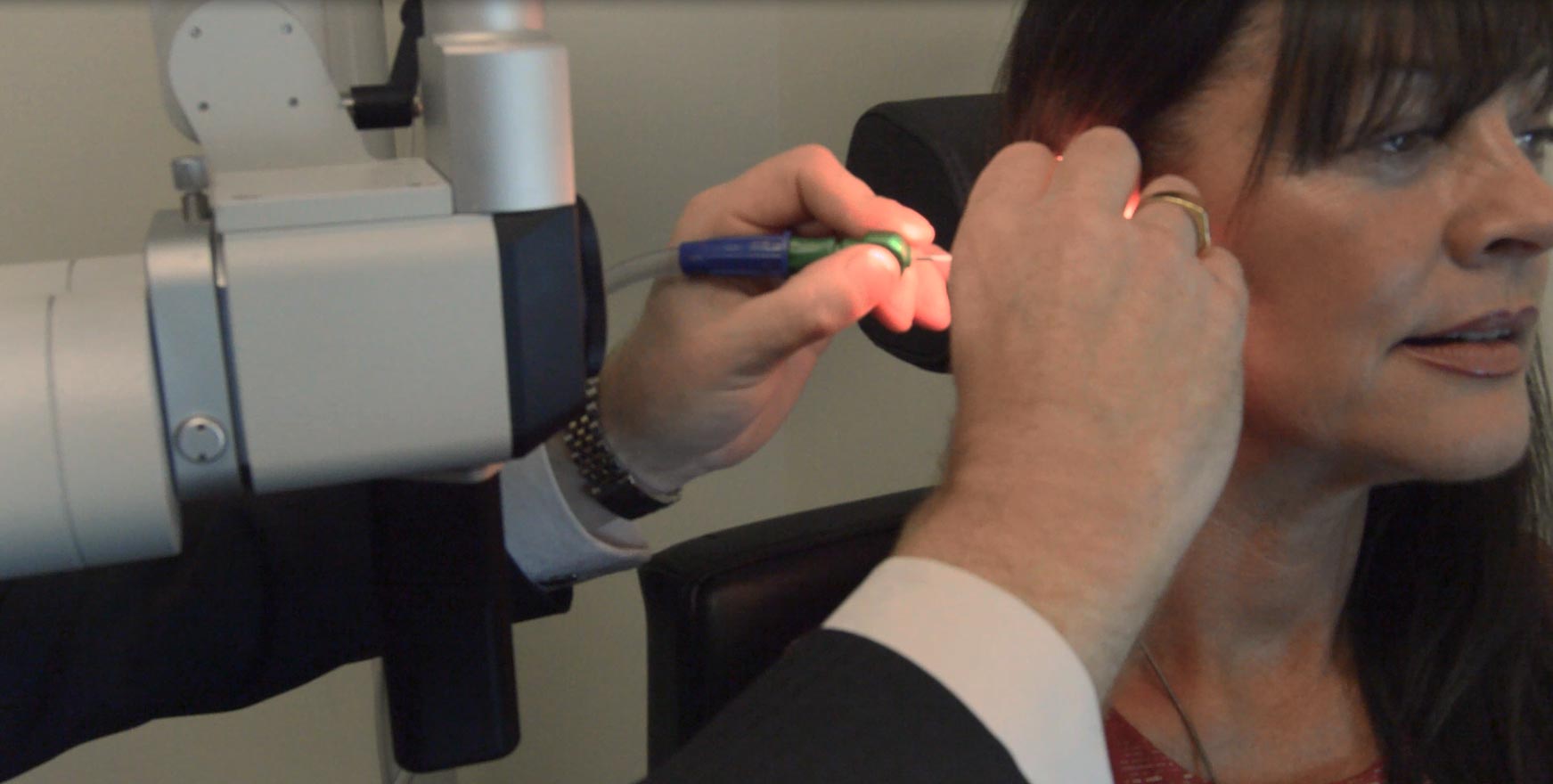 Many people present themselves to our practice, thinking they have hearing difficulties. In many cases, the cause of their hearing issues is due to impacted wax or other debris in their ear canal.

The symptoms of earwax can be similar to a sudden hearing loss. So it is important that you get your ear checked out as quickly as possible. The symptoms of impacted earwax include:

In our clinic, a specialist will examine both of your ear canals with an auriscope. An auriscope, also known as an otoscope, is an instrument that incorporates a light and a lens to enable a clear view of your auditory canal and then

Is it ok to use Q-tips or other objects to remove excess earwax?

Wax is formed in the outer third of the ear canal and therefore if the wax is pushed deeper into the ear canal it cannot migrate.  Probing your ear with cotton buds generally only leads to creating deeper placed impacted wax and in many causes a perforation.

Is it ok to use ear candling?

According to the American Academy of Otolaryngology-Head and Neck Surgery, ear candling or ear coning is not considered a safe option for wax removal.  The procedure uses a hollow cone made of paraffin and beeswax tapered at one end. The tapered end is placed inside the ear, and then the candle is lit. In theory, as the cone burns, a vacuum is created, which draws the wax out of the ear.  However, studies showed that no vacuum was created, and no wax was removed. Furthermore, this practice may result in serious injury.

What are the recommended Treatments to remove earwax?

There are several different earwax removal treatments available. The main treatments are: